Many Mutual Fund managers have anticipated that in the near future, due to depreciating rupee, low savings scheme and fear of covid – 19 the prices of Gold will increase drastically. Due to this Gold Funds, which were in negative territory meaning providing bad returns will now gradually turn into one of the most prime spots for investment in near future.

NYC Landlord Kent Swig secured around 6 Billion Dollars $ in Gold Reserves to back a new cryptocurrency called DIGau. The value of a DIAGau digital token will be attached to the market price of Gold, which on paper would make it more stable as compared to other often fluctuating digital currencies such as Bitcoin & Dogecoin.

Gold Prices inched higher after the weekly data showed bigger than expected rise in U.S. Inflation which boosted bullions appeal as a hedge against it weighted on the dollar and treasury bills.

The dollar was trading at a approx. 3 weeks low to other major pairs as U.S. Bond levelled off following a serge last month. A weaker dollar makes it cheaper for buyers outside United States o buy Gold. Major Global Stock Indices also slipped, supporting the bullion.

As per some notable analyst, the yellow metal has shown a dismal performance since the year start though inflation pressure has increased steadily. One of the greatest key reason for Gold’s lackluster performance this year was the metals growing competition with digital currency, particularly Bitcoin which is trading at its record high.

Research Firm CrossBorder Capital is extremely bullish on Gold as Central Banks all around the world are continuously engaged in flooding financial markets with Liquidity. However, they feel that Bitcoins increased acceptance has reduced the metals long term value.

As per Consumer Affairs Secretory Leena Nandan “No extension has been sought. BIS is already fully energized and involved in giving approvals to jewelers and hallmarking”

Hallmarking is the purity certification of precious metal. Mandatory hallmarking means that the jewelers will be able to sell only hallmark certified 14 , 18 & 22 carat gold jewellery.

IMP GOLD COIN IN THE WORLD

The Government of Canada issues its own gold bullion coin called Canadian Gold Maple Leaf (GML). It was introduced in 1979 by the Royal Canadian Mint. While the standard version has a weight of minimum 1 ounce, other sizes and denominations are also available namely, 1⁄25 ounce, 1⁄20 ounce, 1⁄10 ounce, 1⁄4 ounce and 1⁄2 ounce. Its obverse side carries the profile of Queen Elizabeth II of Canada, and the reverse side carries the embossment of Canadian Maple Leaf 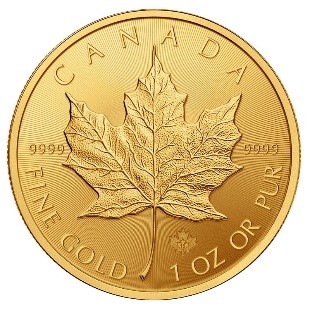 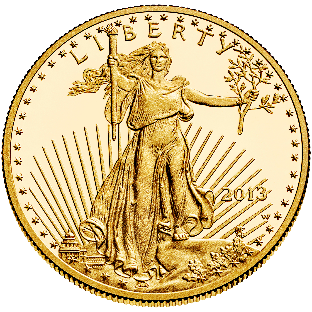 The Government of the United States initiated issuing the official gold coin known as the Gold Eagles in 1986. These come in dominations of 1/10 ounce, 1/4 ounce, 1/2 ounce and 1 ounce. The US government guarantees that each goin will contain the stated amount of actual gold weight in ounces. The obverse design is embossed a rendition of Lady Liberty by Augustus Saint-Gaudens and the Capitol building in the left background. The reverse side features a design showcasing a male eagle carrying an olive branch above a nest containing a female eagle and her hatchlings.